Beat the Booze Blues Away: The Best Hangover Cures

The recent news cycle has been awash with details of new ventures by top actresses Taapsee Pannu and Samantha Ruth Prabhu. Taapsee’s newly launched production banner Outsider Films is reportedly eager to cast Samatha in an upcoming thriller venture as the leading lady. This will mark the Bollywood debut for Samantha. With both actors reeling in the reviews for their roles in Rashmi Rocket and The Family Man 2 respectively, they will surely be a team to watch out for. Mahati Salike reports on the collaboration to look out for in the upcoming year. 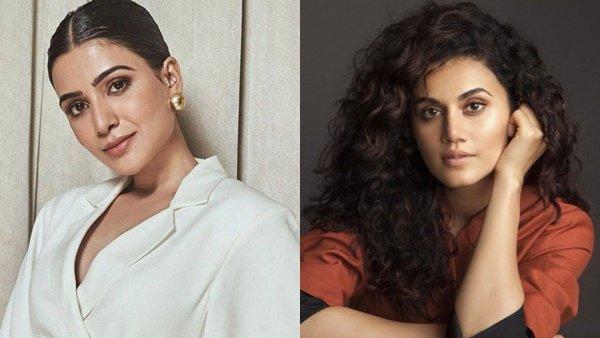 Samantha and Taapsee Pannu are expected to team up and are working on a new project together. According to several reports, the duo plan to collaborate on a strong, female-centred movie. Although neither star has made a formal declaration, it appears that they are in negotiations with producers about a pan-India picture.

Among the most accomplished and deft actresses in Tollywood cinema is Samantha Ruth Prabhu. Having bagged a fierce role as her Hollywood debut – she will be playing as a strong detective in Philip John’s Arrangements of Love – Samantha is hot to trot the Bollywood industry. Taapsee Pannu is yet another performer who has successfully crossed the distanced between Bollywood and Tollywood in a fashion that no other heroine has. She has distinguished herself as one of the industry’s finest dynamic actresses. Taapsee has reportedly founded her independent production house, Outsiders Films, this year.

In the recent interview with Film Companion on the Best Performances of 2021, we witness Samantha and Taapsee take part in a stellar talk with Anupama Chopra along with their fellow cast members for their dextrous and riveting performances in The Family Man 2 and Rashmi Rocket respectively. Taapsee expressed a wish to produce a film starring Samantha, to which Samantha responded positively.

Samantha has been lauded for her bold OTT breakthrough in The Family Man 2, starring Manoj Bajpayee. She captivated the public with her dramatic, power-packed performance as Raji, a Tamil independence warrior on a scouting mission in Sri Lanka. The diva now will work on a full-fledged Bollywood film.

Taapsee is known to have done justice to her role in Rashmi Rocket. The movie has been inspired by real occurrences and analyses how the medical condition hyperandrogenism is frequently exploited as a justification to disqualify female players, compelling them to verify their gender identification.

Up Close and Personal with Madhuri Dixit Nene

Samantha, who recently made headlines for her divorce from Naga Chaitanya, has presently been basking in the popular appeal she acclaimed for her fiery musical number ‘Oo Antava’ from Allu Arjun’s film Pushpa. Samantha is also expected to be seen in Kaathuvaakula Rendu Kaadhal and Shaakuntalam.

In the meantime, Looop Lapeta, Shabaash Mithu, Blurr, Dobaaraa, Mishan Impossible are some of the invigorating projects that Taapsee is currently working on.

If everything falls in place, Samantha will debut under the Outsiders Films banner and an official announcement is expected. Meanwhile, the audience is gearing up to see this dynamic duo. We wish the scintillating stars all the luck for their upcoming films.