For thousands of years, the Oceans have kept many secrets and stories hidden. Archaeologists and oceanographers have discovered submerged cities underwater, proving that ancient civilizations’ lifestyles were superior in terms of technological, architectural, and sociological values. Here are some real cities that are submerged underwater.

There are many theories associated with submerged cities. Scientists tell us that most cities are submerged due to floods, and improper construction of waterways and reservoirs. Oceanographers tell us that the water levels have increased gradually, while others say that it is all act of God. We have included some real cities in this list which are still underwater and the history behind them.

Dwaraka is one of the oldest cities in the world. It is believed that Lord Krishna lived here along with his people. On the order of Lord Krishna, Vishwakarma built this beautiful city on the sea. After the Mahabharata war, Gandhari cursed Krishna that the Dwaraka will be submerged in the sea. Exactly after 36 years, the Dwaraka got submerged in the water. In the present day, the submerged Dwaraka City is found under 100 feet below the sea. 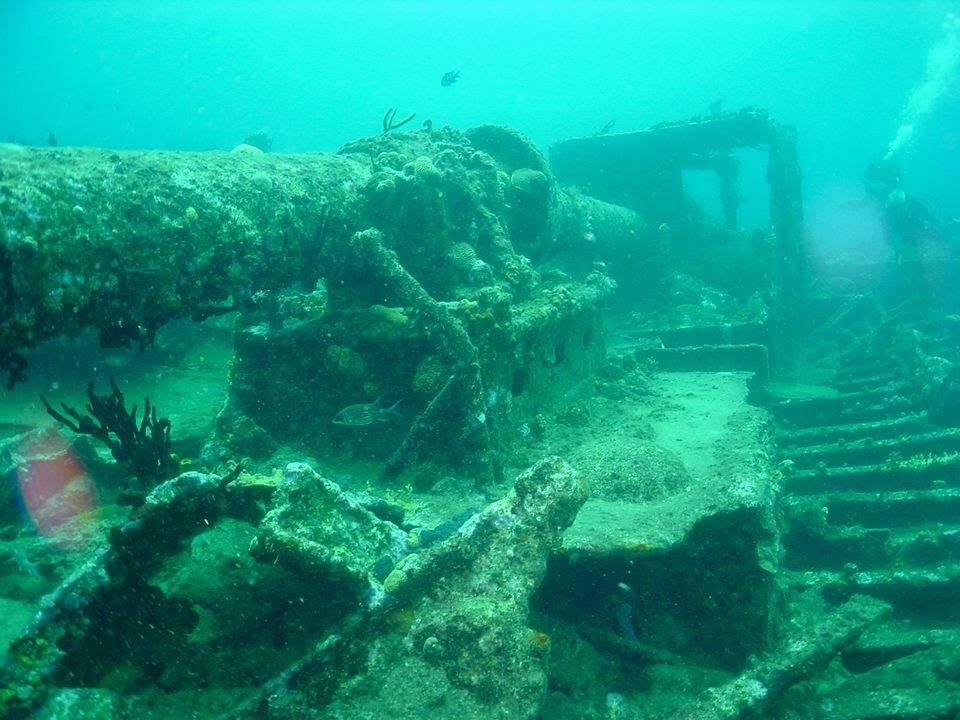 In 1988, archaeologists and oceanographers have found the city underneath along with the ancient structures, pillars, and artifacts. The carbon dating tells us that the city might be 10,000 years old, some say that it is 5,000 years old. Experts are baffled by the complexity and beauty of Dwaraka city.

Port Royal was the home to real Pirates of the Caribbean. They created havoc across the place. Then a massive earthquake, followed by a tsunami submerged the city and killed 2,000 people. The city sinking was considered the Act of God. The city is now the world’s best preserved underwater city. If there are expert swimmers, they can take permission from the authorities and go for scuba diving to have a look at this city.

Baia is a submerged city where not only pirates but also Romans used to live. It was once known as the Las Vegas of ancient Rome. The city became submerged underwater as a result of regular volcanic eruptions and rising sea levels. The majority of the city is at a depth of less than 20 feet, and the city’s old artefacts are in perfect condition.

Pavlopetri is around 5,000 years old and it was discovered back in the year 1967. Pavlopetri is the modern name given to this city. No one knows who built this city or which civilization it belonged to. Some say it belongs to the Minoan dynasty and it was destroyed due to a massive earthquake.

Atlit Yam is an ancient submerged Neolithic village found under 50 feet of water. Archaeologists have found house foundations, tools, and human graves which are spread across 10 acres. The drastic rise of the sea levels drove the residents of Atlit Yam from their homes and later on, the city got submerged under the ocean.

7 Hill Stations to Visit Near Bangalore this Summer

Phanagoria is one of ancient Greece’s largest cities and the capital of the Bosporan Kingdom. One-third of the old city has already submerged under the black sea waters. Two-thirds of the city is on land. It is a fantastic archaeological site with numerous discoveries still being made by archaeologists.

Yonaguni Jima’s man-made pyramids were built during the Ice Age (10,000BC). These pyramids have now been discovered underwater, and there are numerous mysteries surrounding their discovery. A local diver exploring Japan’s Ryukyu Islands discovered these structures in 1987. It is also known as Japan’s Atlantis. Some of the rocks at this location have carvings, and the structure appears to be made of solid rock. The majority of the pyramids here are similar to those found in Mexico and Central America.

The Ghost town of Argentina was once a busy place with 5.000 residents and 300 businesses in the 1970s. In the early 1980s or 90s, the place got submerged underwater in the lake, Lago Epeceun. In 2009, the water levels decreased, giving us a glimpse of the ghost town of Argentina.

Conclusion: These are the submerged cities found under the sea across the world. Archaeologists have discovered many other places under the sea, including Lion City in China, Thonis-Heracleion, and Alexandria, Egypt, which is also known as the Lost City of Atlantis. Why did these cities submerge under the sea? Is it because of the drastic increase in ocean levels or an Act of God? It remains a mystery!